1995 I did my diploma at the FH Münster in Illustration by Professor Rolf Escher. This was a challenging time. I decided to make a project, that was called “Ananas & Co” (“pineapple & co”). I wanted to create 12 motives, that should deal with the more than classical theme of still-life, but of course in a diverse way, and I wanted to add recipes, so I wanted to work also with text.

The first phase was to sketch and sketch and sketch, then I copied parts, put them together in a new way a new format. The funny thing is, this was a time when I had no computer but could work with a copier. My god, this was really a different time. We did not have the possibilities of today, but the decision we made, were clear. It is just 24 years later and the whole world did change. How will we live in further 24 years?

So after coming to my drafts, I finalized them in detail and then I started the main manual process. I wanted to make lithographies of them, choosing a slightly different technique, that was called alugraphy. So I did not work on stone as it was done in the days, but I worked on specially prepared aluminium plates.

So after the plates were prepared I could print them at an etching press. I wanted to print per motive 20 pieces, but this was just not possible in the time I had. At the weekend I prepared the plates and during the day I was able to print 2 plates, but for all motives I had around 50 plates. So I worked hard around 3 month just to realize my ideas. 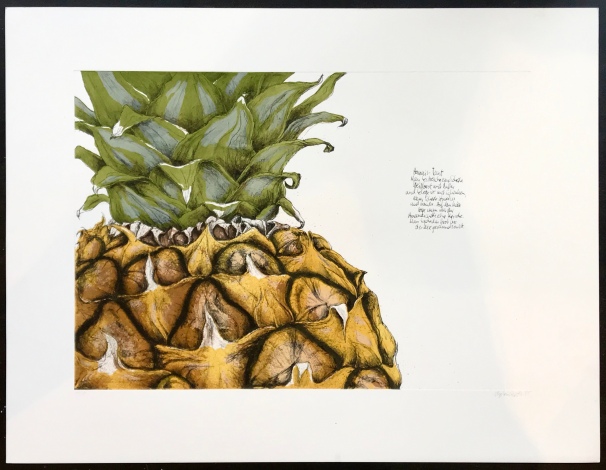